This huge brick edifice, an unmissable landmark, is a chunky remnant of Tabriz’s early-14th-century citadel (known as ‘the Ark’). Criminals were once executed by being hurled from the top of the citadel walls. Far-fetched local legend tells of one woman so punished who was miraculously saved by the parachute-like effect of her chador.

Ongoing construction of a stadium-sized Mosallah Mosque next door is reportedly undermining the Arg’s foundations and access is usually impossible.

Arg-e Tabriz (Tabriz Citadel), also known as ‘Arg-e Alishah’, is a remnant of a mosque in the center of Tabriz, East Azarbaijan Province, which was built during Ilkhanid era.

This huge brick edifice is a chunky remnant of Tabriz Citadel. Criminals were once executed by being hurled from the top of the citadel walls.

The construction of the monument began under advisory of Ilkhanid minister Tajeddin Alishah, as a mosque. However, the construction was halted after the death of the minister and the collapse of mosque’s roof. The citadel was used as an educational center during Safavid era. The remnants of the citadel suffered further destruction during the occupation of Tabriz by Ottoman Turks. The citadel was used as military depot and storage for Iranian Army in Qajar dynasty. After the victory of 1979 Islamic Revolution, the citadel was turned into a new mosque for Friday prayers. The remaining structure stands 28 meters high. 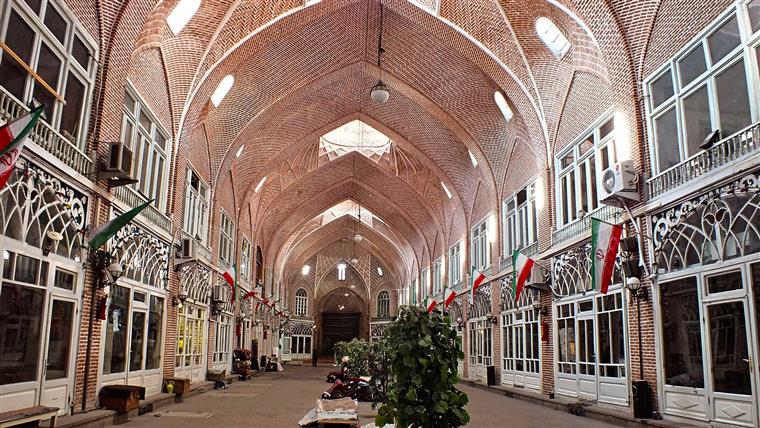